I thought it would be nice idea to discuss and see how different people end their grows. Most of us use different mediums, nutrients, methods during the final days of the cannabis plants? How do you get the best taste out of your home grown weed?
Chiesel Grow Diary
Glueberry OG by Dutch Passion

I grow in Coco and use Canna A&B nutes.

My flush is very simple. One week of water. The last two flush's are done with cold water this give the plant a bit of a shock and prompts greater utilisation of any stored energy. The cold water makes the plant believe that winter is there and they need to get busy.


Have looked at using Canna Flush but not done so yet.
InvisibleSun NFT Grow Log.

I am also growing in Canna Coco and usually start flush 10-14 days prior chopping date. On my last grow I've used pH'd water for the first few days and then carried on with cold tap water. I believe the cold water and weather increases the terpene production. That last harvest was actually my best tasting one. And I also like to miss the last watering before chopping them.
Chiesel Grow Diary
Glueberry OG by Dutch Passion

I grow in soil and use only organic feeds so i dont really do a flush per-say. The second to last watering is plain water and the last i just miss out completely.
Ive flushed for 2 weeks before, 1 week before and like i do now on different grows before chop and i think the way i do it now is the best.
But thats just my opinion.
Top

I grow in promix hp with mycorizae and habitually flush my plants every twenty eight days, I then let the soil dry up for three or four days. it keeps the roots oxygenated and gets rid of any salt deposits before a new feeding.
Then in the final two weeks I give 1 last big feed, two days after I flush with ph 5.9 water (with added unsulphered Molasses)and feed only that until the last 3 days where she gets plunged into darkness for up to 4 days and then chopped and hung to dry.
The darkness I have been told serves no helpful purpose, but I find it helps with trike swelling and gives me a sweeter taste and high.

Just my opinions
Oh and I use Advanced nutrients three part ph perfect line, along with big bud, B-52, overdrive and voodoo juice, GH camg+ and liquid black.
I add Unsulphered Molasses during the final week too

Sent from my SM-G955W using Tapatalk

I don't flush as I am a soil grower.

My very first grow was in coir and I didn't flush then either. It was a smooth smoke.

Normaly you should flush soil 3 times the size of pot you give water. I did that ones in my bath and was fucked up because of the soil hehe so never again and just plain water last 10 days. Final Phase doesnt work on soil so you need to give them water any way.

In nft I flush for 10-14 days ( until most leaves are dying. ) Best smoke yet. I don't pH. I don't add anything just straight water and change as needed. I have also tried changing the flush water daily which was a chore and tbh made no difference.
When I was in soil I flushed 7 days straight water. Day 1 I let the runoff go for ages.
Dwc I do the same as nft.
The quieter you become, the more you are able to hear.
Top 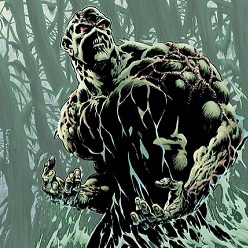 I like to see the plants use up all the sugars and nutes in themselves and the soil and let the leaves fade and turn autumnal. Just makes sense for the plant to look 'ripe' before you harvest.
“The illegality of cannabis is outrageous, an impediment to full utilization of a drug which helps produce the serenity and insight, sensitivity and fellowship so desperately needed in this increasingly mad and dangerous world.”

Flushing is a touchy subject it seems. I myself, after a good bit of reading have decided against it.
Top

I'm using autopots with soil and have limited experience, only having completed four cycles all with auto's. That said I have tried 2 weeks flush, 1 week flush and no flush. I never told anyone in my circle the length of time I flushed for so it's pretty much a blind test as far as I'm concerned. Not one of them noticed anything other than the organic grow was the smoothest which they all agreed also had a funny taste. It had the longest flush and I never told them it was organic. The 2 week, 1 week and no flush with chemical nutrients was the same as each other and the better lot, although there may be other reasons for that. They were all the same strain and apart from the organic the same nutrients. I've read some of the literature surrounding the "to flush or not to flush" debate and I'm going to say that based on my own experience alone I'm with Aspie and I don't flush, not in soil anyway. I know nothing of other growing techniques so can't comment on them. I should probably mention the fact that my circle is a bunch of grass chewing, tooth missing incestuous heathens who couldn't tell the difference in taste between an asshole and a cherry chuppa chupp though
Love alot trust a few but always paddle your own canoe
Top