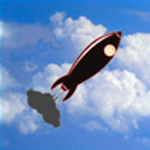 Like many others i never really paid much attention to editorial details until late in adult life, mostly when "Légaleezation" finally made the news in Harper days (at least in my own case). Nonetheless once in a while bigot propagandist articles with provocative titles would pop up and here's one fine sample: 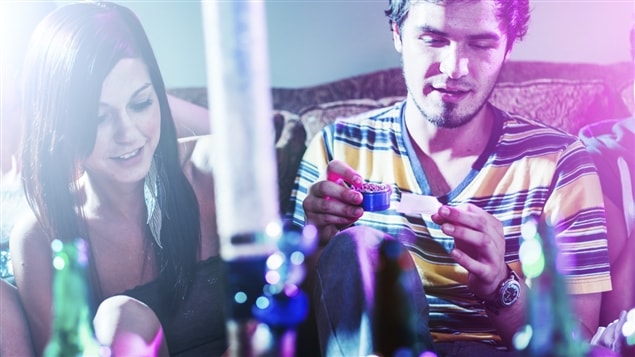 N. B.: Please accept apologies for being unable to submit a translated source.

Briefly put a young "addict" was thought to be "cured" but some unsettling love affair finished him...

Though it still wasn't as expertly coordinated nor as visible as during some mediatized panick directly preceeding the Cannabis Act of October 17 in 2018 (e.g. a year before Trudeau lost his majority government in Ottawa) this is almost like seeking revenge beyond the grave, making allusions which could as well seem to blame cannabis in times when its "Légaleezation" was a hot topic, only weeks before elections day!

Each time unsuspecting people are mislead using communication decoys such as biased juxtapositions not even fit for a "marihuana" context, with words like "addiction" and "fentanyl" flying around repeatedly on Canada's national TV networks, broadcasted « A Mari usque ad Mare » in both official languages on premium hours for all to hear, see, remember and propagate.

Although i learned to recognize the signs quickly enough to mute most of this shaming noise i started to take notice of the enemy's ultimate weapon: so-called "cannabis-induced" teen/young adult SUICIDES which most of us would feel unable to defuse in front of a camera, m'well until allowed to check sources beyond immediate (bigot instrumentalizing) appearances and most especially after exagerated emphasis was put on the professional status of a directly involved parent; i'm thinking of similar occurances belonging to the medical profession, as if it made the kid's father any less "toxic" in times of extreme vulnerability, if not distress...

But before i try to develop any further on such extreme situations lets appreciate what French-speaking viewers saw on mainstream coast-to-coast francophone TV programming just last month: 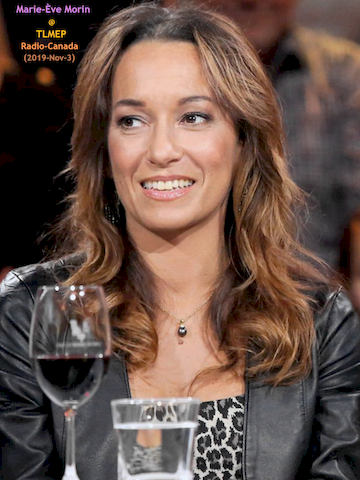 This medical physician and "re-hab" therapist also wants to "inform" whole populations against "the dangers" of cannabinoïds, much like my previous doctor/father sample who didn't seem significantly motivated by self-introspection and yet addressing an already brain-washed audience ready to believe all "stoner$"/"droÿé$" are the same anyway.

In comparison madame Morin has a much "cooler" look and nuanced/contrasting arguments to match, but it comes after a particularily surprizing chain of events leading to the "vaping death" of a 17-yr old victim in USA and who's own mother still fails to atribute blames correctly:

So, how come a re-hab specialist not even mention this most basic information besides the simple fact that prime minister François Legault obtained 3 seats out of 5 in parliament despite an incapacity to raise electoral support from more than 1 voter out of 4? And there's more, prepare yourselves for a "punch", so to speak!...

« Me (in my case), that's what my brother experienced. ... Yep, he turned schizophrenic after drug-abuse periods dating back to his adolescence. »

So far his accusation dispatched on national TV may sound justified, except TLMEP fans are also aware of at least 2 other occurences taking place at this same TV show where m. Lepage mourned for his brother Bruno, now in a non-ambigous cannabis context... The thing is those with sufficient memory (or Google browsing skills) also know a lot happened between "drug episodes" and schizophrenia emerging in adolescence vs Bruno actually dying at 33, as Guy A. once explained himself on-line:

More exactly it turns out Bruno Lepage abruptly interrupted his medical treatment ~3 weeks after his mate informed him about her pregnancy:

In other words this emotionally fragile brother initially overwhelmed by joy eventually reacted by denying himself medication which prevented him from going into crisis, including attempts to suicide... So, Bruno Lepage feeling "too happy" he became destabilized and this led to his fatal demise. Yet today's TLMEP audience was supposed/expected to accept such misleading insinuation that cannabis-induced schizophrenia caused Bruno to suicide decades after he started to consume cannabis.

Similar prohibitionist instrumentalizations of dead relatives is no rare phenomenon on Radio-Canada, or just mass media in general, which brings me back to that case of a medical doctor gone busy blaming cannabis for the suicide of his vulnerable son. Although in absence of proper details i can only comment about what this inspires me i find easy enough to imagine how it feels to hit a wall-of-shame raised by one's own dad! By chance the young victim never learned about his parent turned into a "re-hab" warrior where "treatment" is based on plain abstinence...

Last but not least, Marie-Ève Morin was quite correct about an opinion or two: in Québec prevention funding is NOT a priority:

Which means it's OKay to spend public money over cannabis as long as it's "medical", instead of "recreative"...

Paul Arcand interviewed Marlène Gauthier who resided in Saint-Hubert when her son Olivier Bergevin committed suicide near his father's place, some ~40 Km away, e.g. with Montréal city in between... A dramatic event which mass media was eager to instrumentalize in those self-serving terms, besides the government of François Legault (who recently raised "legal" age to 21): 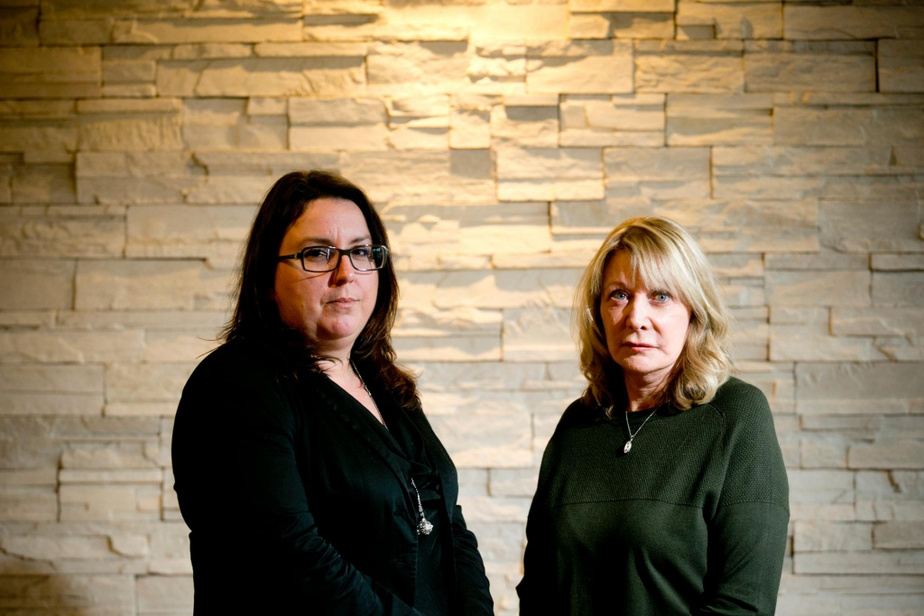 Once again clearly blaming marihuana for the suicide of a young adult.

Never mind to mention the medical prescription of anti-depressants inducing "severe anxiety symptoms" after some major road accident in march 2011, nor the fact that his legally-negligent father failed to properly store a rifle (and ammunitions!) even after being officially informed by a psychiatrist about his son's own suicidal ideations - directly related to that same deadly weapon...

Above all forget about the parent's divorce as some potential agravating factor, lets focus on THC instead!

In The Name Of Children.

Re: Cannabis-induced suicide taboo as the ultimate propagandist shield


Egzoset wrote: ↑
Sun Dec 01, 2019 7:26 am
By chance the young victim never learned about his parent turned into a "re-hab" warrior where "treatment" is based on plain abstinence... ... ...forget about the parent's divorce as some potential agravating factor...

There's more information which retained my attention recently, in relation to the mentor of Marie-Ève Morin and his suicidal son:

Last month i highlighted an old Radio Canada article reporting that David Chiasson commited suicide after experiencing some broken love deception, nearly 1 month later a Radio Canada TV show is featured with the father posing as a therapist (while no more than a generalist family practitioner with no suitable psychological/psychiatric formation) claiming that it was "drug" which caused it, neglecting to mention which substance sent David to re-hab in years before he travelled to Asia, searching for himself and quite possibly financed by his father (e.g. with strings attached).

This photograph may be among the last and it comes from web pages his doctor father dedicated to the creation of a same-name foundation, in memoriam so to speak: 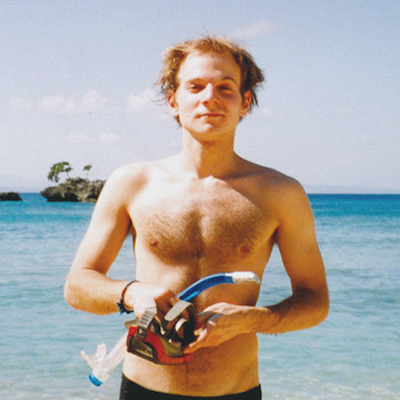 The thing is a vulnerable non-suspecting audience heard that good doctor clearly blaming "drugs" in a context of comestible cannabis discussion, while in fact it turns out this old man got his whole career centered on "addictions" - not to mention yet another significant detail about David actually having 2 mothers: 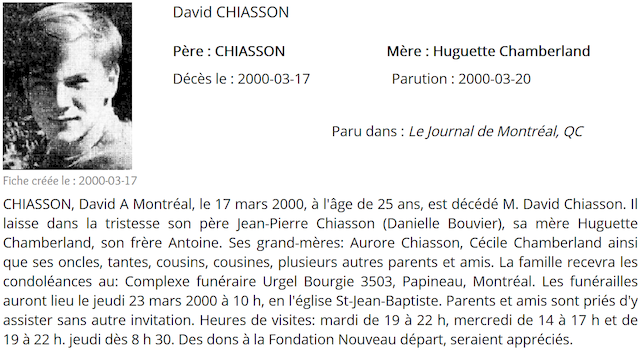 So with these details in mind now one may conclude perhaps it wasn't cannabis at all which prompted the young man to seek abstainance-based "treatment", in times when his father was already single-minded and perhaps even in days after the natural mother passed away or just divorced... Briefly put, in retrospective the cause leading to suicide may very well happen to be some compound of factors like an obtuse/adversarial "professional" father (who's record on RateMDs is far from spotless, by the way!), and/or a dysfunctional family followed by painful lover experience.

Now lets imagine the despair of a young man who's father apparently had to deal with ghosts of his own even before he could pretend being sufficiently skilled to provide any construtive assistance.

IMO this suicide is no wonder and in any case got nothing to do with the "légaleezation" of cannabis edibles, which won't stop a national institution from plain bigot prohibitionist instrumentalization beyond the grave.

Welcome to 2020 in a brave new world of "science" on Trudeau's canuck land!!